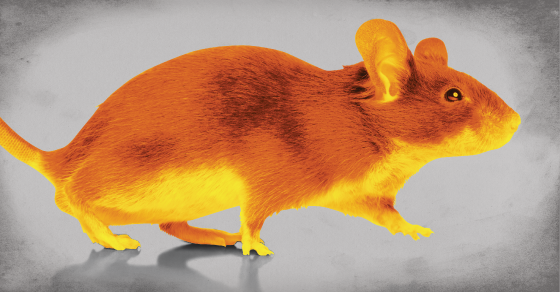 Junk Science: We Did NOT Cure Alzheimer’s. Again.
By Joshua A. Krisch

Junk Science: We Did NOT Cure Alzheimer’s. Again.

Reports of an Alzheimer's "cure" that allegedly restores memory function are absolutely true. If you're a mouse. (You're not a mouse)

This week in misleading headlines, we present: New Alzheimer’s treatment fully restores memory function. Yes, scientists managed to restore memory—in mice. Not in humans. Let me repeat that: Not in humans.

Mouse studies are an extremely important part of basic scientific research. But when it comes to human health, around 50 percent of the drugs and therapies proved to be safe and effective in mice won’t even pass preliminary human trials, let alone the rigorous Phase III clinical trials required to gain FDA approval. It’s impossible (and unethical) to draw conclusions about human disease from a mouse study.

But that’s never stopped the press. Back in March, The Daily Mail reported “Hope for Alzheimer’s sufferers with scientists developing a treatment to RESTORE memory loss” and then, just last week, the same story resurfaced, as viral sites such as Science Alert, The Daily Star and News Everyday all reported that a new breakthrough in Alzheimer’s research could actually restore memory function.

These misleading junk science articles all lead back to one perfectly good paper, recently published in Science Translational Medicine—a top medical research journal. Unfortunately, the authors of the paper went with the droning title “Scanning ultrasound removes amyloid-β and restores memory in an Alzheimer’s disease mouse model”…which just doesn’t have the same ring to it as, for instance, The LA Times headline: “Could a blast of sonic waves restore memory lost to Alzheimer’s disease?”

Free tip for future junk science sleuthing: science is almost never absolute, cures usually come with caveats, and if it sounds too good to be true—it probably is. Or, rather, it’s probably a mouse study.