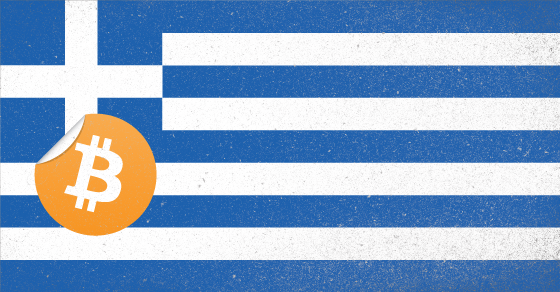 Greek Interest In Bitcoin Is On The Rise
By Jennings Brown

This Grocery Drives Itself To Your Door
By Ruby Nitzberg
BITCOIN

Greek Interest In Bitcoin Is On The Rise

Mired in a financial crisis, some Greeks are enticed by the digital currency bitcoin

Interest in bitcoin is growing in Greece, as some Greeks conclude that adopting the digital currency could be the best route to financial recovery.

Greek Google trends show spikes in bitcoin search results on May 17 and June 28. The first spike occurred the day Germany pressured Greece to make financial reforms. This larger spike occurred the day Greece announced it was closing banks and limiting daily ATM withdrawals. From May to June, the number of customers depositing at least 50 euros in Greece’s only bitcoin-based exchange, BTCGreece, was up 400 percent, according to its founder. 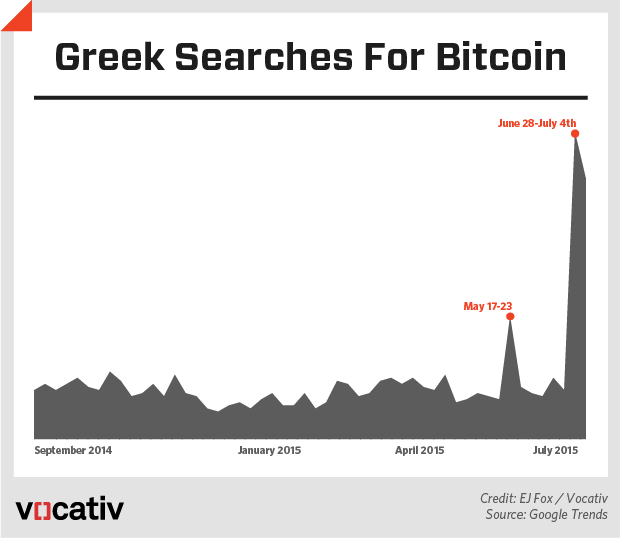 In 2012, Tavern Agelos became the first restaurant in Greece to start accepting bitcoin, a digital currency unattached to any national economies. So far, the only patrons using the cryptocurency have been tourists. But the owner expects that to change very soon.

“No Greeks have paid me yet in bitcoin, but more people are asking about it, and how to exchange Euros for bitcoin,” says restaurant owner Nikos Agelos Houtas. “Not a lot of physical businesses accept bitcoin, but more are starting to. Just yesterday I heard of a taxi driver who accepts bitcoin for fares, as well as a café and bar in Athens.”

The second spike also took place shortly after the installation of Greece’s first bitcoin ATM on June 20. That ATM, located in a bookstore on the outskirts of Athens, runs on a platform provided by Bitcoins Greece, a Greek-owned, London-based company established a year ago that provides a platform for digital currency sellers and buyers.

Since the financial crisis started, Bitcoin Greece has been registering about 50 new users every day, almost double the usual amount, says Konstantinos Panagiotopoulos, associate at Bitcoins Greece. This does not translate into actual transactions, but Panagiotopoulos believes the crisis will accelerate Greek adoption of the new currency. “I don’t believe people would give up their euros this day,” he said. “Greece is not ready for bitcoin and bitcoin is not ready for Greece.”

For now, the Greek market for bitcoin is tiny. What’s more, the digital currency isn’t a financial panacea—particularly for an economy as battered as Greece’s. The currency lost more than 50 percent of its value against the U.S. dollar last year, prompting Bloomberg to call it the worst currency of 2014. And there have also been incidents of bitcoins being stolen from exchanges. On the plus side, as bitcoin becomes more mainstream in some markets, more big stores are accepting it and more people are paying with it.

If Greeks end up ditching the Euro, the other option on the table is a return to drachmas, the currency the Euro replaced in Greece in 2002. That could be a time-consuming process. Bernd Kuemmerle, head of banknote business division at at German-based Giesecke & Devrient, told CNNMoney it could take a year to design and print new notes. Printing 50 notes per Greek citizen (typical for most economies) would cost $15 million to $60 million. Making coins would likely cost even more. In the meantime, Greece might have to print IOUs for state employees.

There’s also another problem: Greece doesn’t have the ability to print money in the first place. “We don’t have the capacity,” Yanis Varoufakis, Greece’s recently ousted finance minister told Australian public radio network ABC when describing Greece’s actions after joining the eurozone. “We smashed the printing presses—we have no printing presses.”

Bitcoin, on the other hand, is available now, and in abundance. It’s just a matter of introducing the proper technology. One ATM in a bookstore won’t help the majority of the country adopt bitcoin, but Houtas thinks this may be just the beginning. “Today I have a meeting with an American about installing a bitcoin ATM in my store,” the restaurant owner said on Wednesday. “I’d like to see more of these ATMs in the city.”

5 Charts That Explain Why Things In Greece Could Get Even Worse (Vocativ)
Are There Good And Medicine Shortages In Greece? (Vocativ)