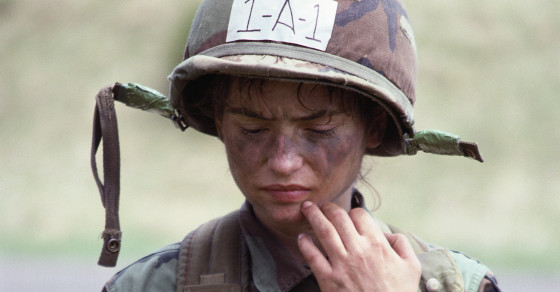 Scientists Know Which Soldiers Might Commit Suicide
By Joshua A. Krisch

Army suicides surged during the Afghanistan and Iraq wars. Now researchers are beginning to understand why

Enlisted soldiers are more likely to commit suicide than officers. Women are more at risk than men. And those who serve without having completed high school are in danger of taking their own lives. These are the findings of a new data analysis involving nearly 10,000 cases of active duty U.S. Army personnel who attempted suicide during the wars in Iraq and Afghanistan. This study is the first to identify concrete risk factors for suicide among soldiers faced with the horror and stress of war.

This analysis tapped into the Army Study to Assess Risk and Resilience in Servicemembers Database, compiled in 2014 to examine the disturbing surge in military suicides between 2004 and 2009. It has also helped military physicians develop strategies for keeping troops from self-harming. Until now the database has been more a font of sobering facts than a force for change in the military.

With this new analysis, researchers have identified the specific demographics that are most likely to commit suicide. The findings suggest enlisted soldiers who are female and in their first four years of service, who did not complete high school and had recent mental health diagnoses were more likely to attempt suicide than the average soldier. Identifying soldiers who are more likely to contemplate suicide could help military physicians provide more targeted therapy early on—before it’s too late.