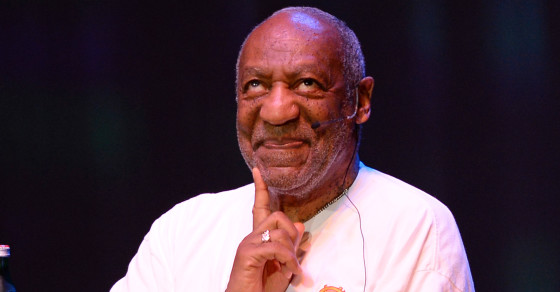 According to court documents and prior reports, here are some of the people who, knowingly or not, helped Bill Cosby

We now know that Bill Cosby got Quaaludes to use on women he wanted to have sex with.

But it’s clear from reading new court documents in which Cosby makes that admission that he had plenty of help along the way. The documents, along with prior reporting, reveal the ways Cosby was able to use the people in his circle as he committed his alleged misdeeds and then worked to cover them up.

Below is a list of some of the members of Cosby’s coterie whose names pop up in the hundreds of pages of legal documents or elsewhere in reporting about him.

Attorney Marty Singer: After learning that one of Cosby’s alleged victims had brought her story of sexual abuse to the National Enquirer, Singer, a longtime Hollywood attorney, negotiated a deal with the tabloid to have the story spiked in exchange for an exclusive interview with Cosby, in which he would address the allegations. In that exclusive interview, Cosby denied the claims and accused the alleged victim of extortion. Singer is still representing Cosby.

Peter Weiderlight: According to court documents, Weiderleight, an agent at William Morris Agency, was asked by Cosby to invite one of the accusers to meet the comic in Miami after the accuser and her mother asked Cosby for an apology. Cosby told Weiderlight to tell the woman that he would pay for the hotel and airfare. According to court records, Weiderlight was instructed to make similar offers to different women on at least three occasions over an 18-month span. Cosby testified that Weiderlight didn’t know the purpose of the trips.

An attorney representing one of his accusers has alleged the William Morris Agency was among those working to protect Cosby’s reputation. “The William Morris Agency’s knowledge and role in this charade… apparently has been repeated many times over the years,” Dolores Troiani, the attorney who represented the plaintiff in the 2005 case, wrote in one motion.

JF Images Modeling Agency: Cosby allegedly used the Colorado-based modeling agency to meet young women under the guise of wanting to “mentor” them. According to a CNN report detailing the alleged experiences of one of Cosby’s accusers who was represented by JF Images, a “call came from Annie Maloney, an agent with JF Images, who told her there was a very important person in the industry who was ‘looking for young talent that he can mentor.'”

Frank Scotti: Scotti is a former NBC employee who worked on The Cosby Show and was a friend of Cosby’s. In a 2014 interview with the New York Daily News, Scotti admitted to guarding the door when Cosby invited women back to his dressing room. Scotti said that he once arranged to rent an apartment for one of the women Cosby was allegedly bedding and disbursed payments of up to $2,000 to his “flock of female friends.” Cosby “had everyone fooled,” Scotti said of his philandering pal.

Tom Illus: Illus was a longtime agent at William Morris who Cosby would use to distribute money to women he allegedly assaulted. According to court records, Illus would just follow orders and never asked what the money was for. Illus died in 2011 at age 83.

Editor’s Note: This article has been updated throughout.

Drug Bill Cosby Gave Women Still Sold On DarkNet (Vocativ)
The Truth About Immigrants And Crime In The U.S. (Vocativ)