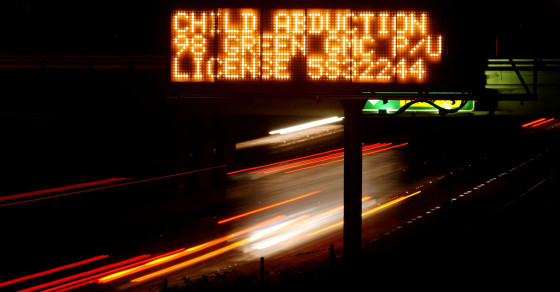 How Often AMBER Alerts Lead To The Rescue Of Missing Kids

AMBER Alerts have a 20-percent success rate, so why don't we use them more often?

About every day and a half on average, somewhere in the country, cellphones squawk with a new AMBER Alert for a missing child. How often are those kids reunited with their parents, and how long does the search usually take?

We analyzed the data to answer those questions. About 80,000 children go missing every year, but in very few of those cases (.3 percent) does the government’s Emergency Alert System issue an AMBER alert. Why aren’t they used more frequently? In part because they’re only helpful if citizens know what to look for—and in many cases, there’s not enough descriptive information to circulate. There’s another reason, too: If your phone went off every time someone in your area was abducted, you’d probably stop caring.

AMBER Alerts began in 1996—they’re named after Amber Hagerman, a 9-year-old who was abducted and killed in Arlington, Texas, that same year—and the number of alerts dipped in 2010 and 2011 but is now almost back to 2009 levels. When a child has been abducted, police determine if the case meets the AMBER criteria. States create their own criteria, but the Department of Justice issues minimum standards. Those guidelines include the existence of a sufficient description of the child or captor, confirmation that an abduction has taken place, and evidence that the child is at serious risk of injury or death.

In 2013 (the year of the most recent report), 194 cases, collectively involving 243 children, met the AMBER criteria. For each of those cases, alerts went out across the state on TV and radio channels, as well as on digital highway signs. Nearly 90 percent of alerts were also distributed via cell phones alerts and social media.

The majority of those cases (185 out of 194) resulted in the recovery of a child, but in only 20 percent did the alerts play a role. In other words, whoever helped solve the case didn’t act in response to the alert. Of the rescues that were AMBER-assisted, half were made within three hours of the alert. The likelihood of recovery diminishes after that initial three-hour period. 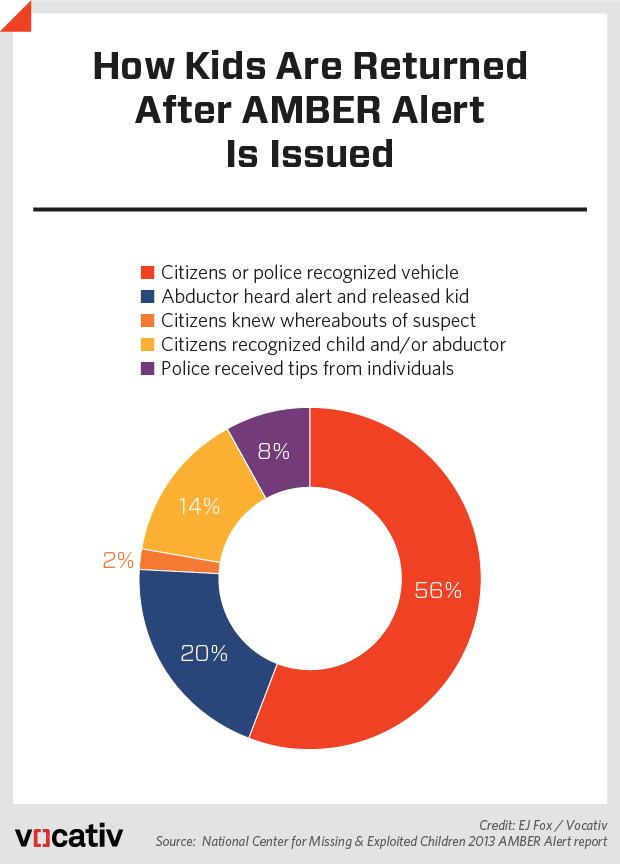