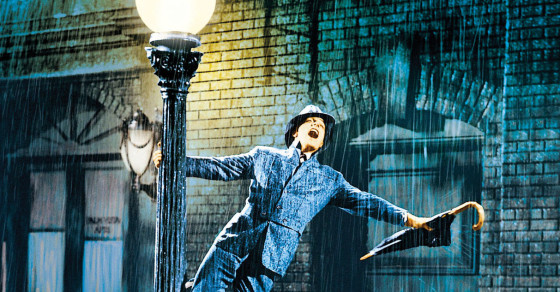 Your Favorite Songs Were Inspired By Weather
By Joshua A. Krisch

Your Favorite Songs Were Inspired By Weather

It's raining men and I'm walking on sunshine! New study details the hundreds of hit songs inspired by weather

Music has always streamed from the cloud, scientists have found. Hundreds of hit songs are inspired by the weather, according to a new study.

Researchers dug through karaoke databases (and their personal playlists) to flag hit songs which mentioned various forms of weather. They then sorted those songs by weather type, major/minor key, genre and artist.

More Which Days Of The Week Have Inspired The Most Hit Songs?
​

Bob Dylan, John Lennon and Paul McCartney led the charge with the most weather-related songs (Blowin’ in the Wind; Here Comes The Sun). Predictably, almost all genres mention sunshine and rainfall the most—except for reggae, where “heat” and “frost” rule. When it comes to the tone, the brighter the weather,the brighter it sounds—turns out it’s impossible to sing about rainbows in a minor key.

The scientists admit that their list of 750 hit songs is, as yet, incomplete. If you catch something they’ve missed, add to the research here.