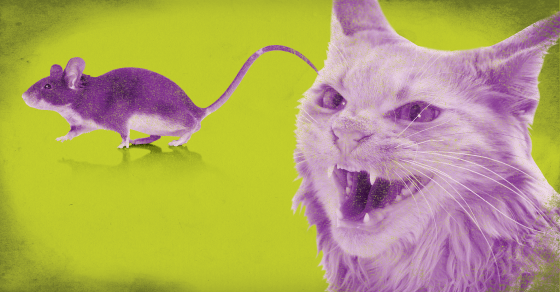 Cat Urine Does Some Strange Things To Baby Mice
By Joshua A. Krisch

Cat Urine Does Some Strange Things To Baby Mice

There's already way too much science out there on cat urine. Here's some more. Sorry 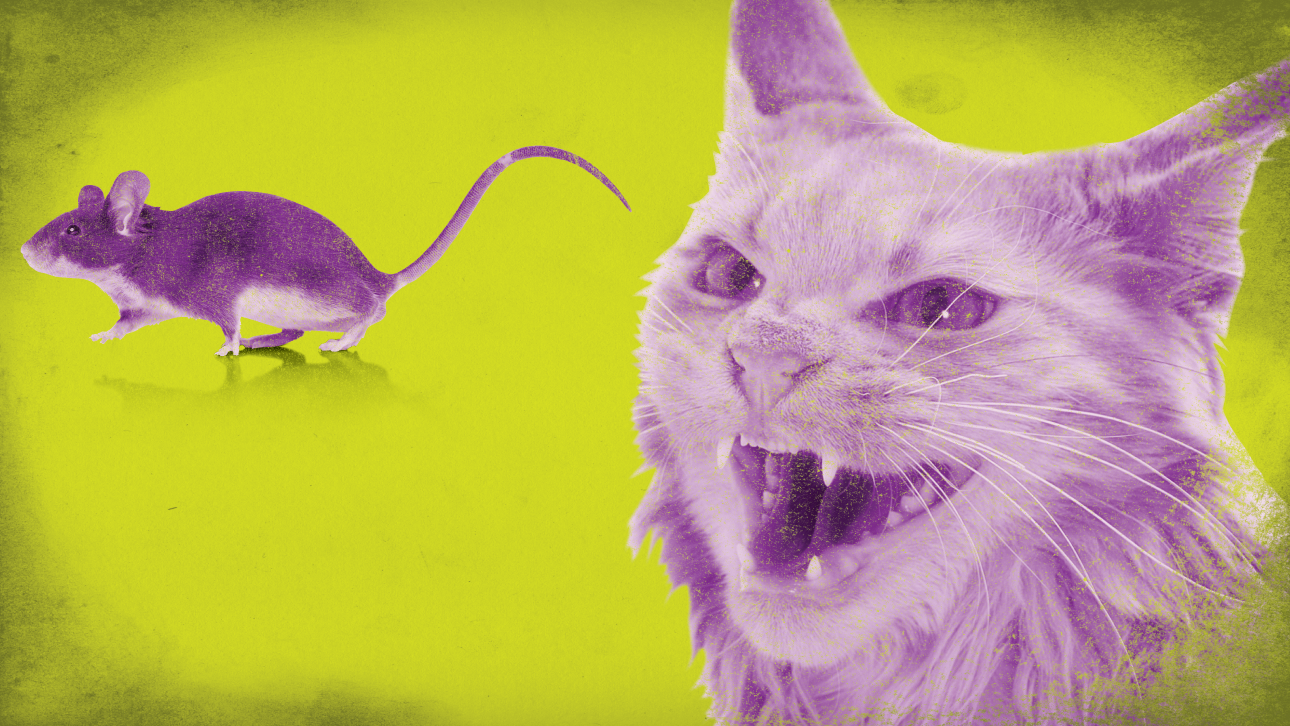 We can’t promise that you needed to know this—but mice develop strangely and ultimately get eaten by cats when exposed to cat pee at an early age. We’re serious.

There’s a truly disturbing amount of science on cat urine. Back in 2007, researchers found that a certain parasite infects mice and brainwashes them into craving cat urine. Then in 2008, scientists literally drenched male mice in cat pee and found that it made them more macho. Oh, and in 2013 we learned that, when you pour piss on female mice, they give birth to smaller litters.

Now a team of Russian scientists have written the latest chapter in that age-old story of cat-chases-mouse, mouse-gets-peed-on: baby mice conditioned with cat urine often end up eaten by the very feline that “provided” the pee. It’s a cold (warm, wet) cycle of cat urine violence.

For the study, researchers fed milk to two-week-old mice while “exposing” them to cat urine (use your imagination). Since the mice were conditioned to associate cat urine with food, when cats chased them later in life, they failed to escape (again, use your imagination, but this time shed a tear for the fallen mice). One surprise in the study was that, even as the mice were taught to endure, maybe even enjoy cat pee, their stress levels skyrocketed every time they smelled it. Which leaves one mystery—if they were still afraid of cat pee, why didn’t the mice run away?

Only more cat pee studies will tell. Bring it on, science.