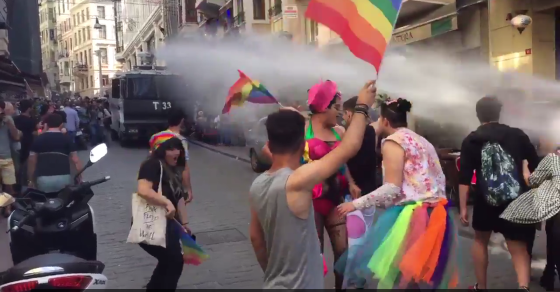 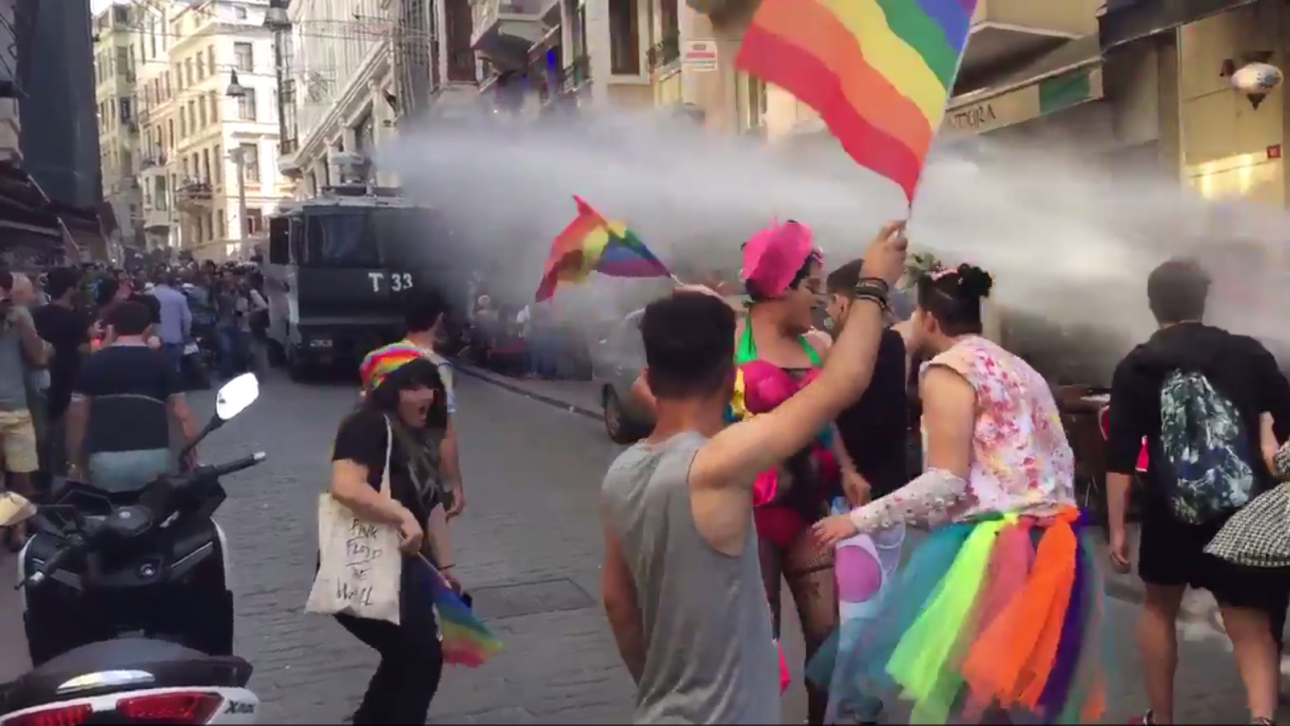 Police attacked after parties in Istanbul Sunday night as part of a wider push by authorities to disrupt gay pride celebrations that coincided with the Islamic holy month of Ramadan.

“LGBTI Bars and restaurants now attacked by Police,” Twitter user @aggrocatdeluxe posted Sunday evening. Others said police used tear gas bombs on a street where people had gathered at a bar to celebrate the last night of Istanbul Pride Week. Police threw one gas bomb into the venue, a post said.

Videos and pictures posted online earlier on Sunday showed police firing water cannons at people marching in the street during the city’s annual gay pride parade. The Istanbul LGBT Pride Committee, which organizes the Istanbul Pride Week, said in a Facebook post that the parade was suddenly banned by authorities who cited the Islamic holy month of Ramadan as the reason for the ban. Police also used tear gas and rubber bullets to break up the rally.

It was the first time in 13 years authorities intervened in the increasingly popular parade—the largest in any Muslim country—even though the parade has previously coincided with Ramadan.

Governor! Set an example for people to celebrate both Ramadan and Pride in PEACE, instead of dividing with violence! #OnurYuerueyuesue

But the ban on the protest also generated some support. One Twitter user urged Muslims defending the pride parade to beware. “Don’t commit a sin in Ramadan by just following trends,” she wrote.

An aide to Turkey’s President Recep Tayyip Erdogan also tweeted that the parade violated “morality, customs, natural law and public order.” Yet undeterred, marchers stayed on the streets, shifting their route to side streets and playing cat-and-mouse with police into the evening. “Don’t keep silent, shout it out, gays exist!” they chanted.

Parade organizers encouraged participants to remain on the streets and called on the governor’s office to cease attacks, adding that everyone should “get used to it, we are not leaving!” Gay pride parades have been held in Turkey before and homosexuality there isn’t illegal. Still, homophobia is common across the country.