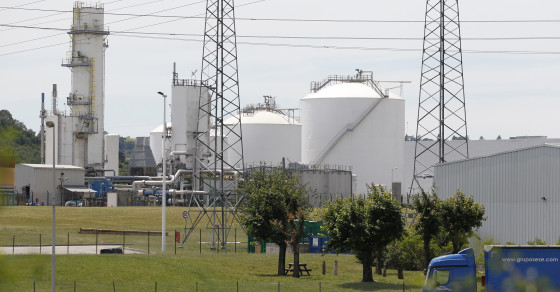 The plant in France hit by a gruesome terror attack on Thursday is part of a U.S.-owned company which helped put a man on the moon. Air Products & Chemicals, which owns the factory near Lyon, supplied the liquid hydrogen used for the first moon landing and has powered much of America’s part in the space race, supplying liquid hydrogen rocket fuel to NASA for several Apollo missions and every space shuttle launch for the past 50 years.

The company issued a statement in the wake of the attack expressing sympathy for the victim’s family, also saying that it would be ramping up security at its sites worldwide. One of those sites will be in Saudi Arabia, where Air Products is involved in a $2 billion deal to build the world’s biggest gas plant. The plant will supply 55,000 metric tonnes per day of nitrogen and 20,000 metric tonnes per day of oxygen once production starts in 2017.

The Fortune 500 company has operations in more than 50 countries and employs over 20,000 people. Last year, the company reported sales in excess of $10 billion.

Leonard Parker Pool, the son of a boiler maker, founded the company in Detroit in 1940. Initially its goal was to produce industrial gases at customers’ sites, to save on transportation costs and undercut competition. But Pool quickly pivoted to designing and manufacturing mobile oxygen generators for military use in high-altitude flights during World War II before refocusing on commercial clients.