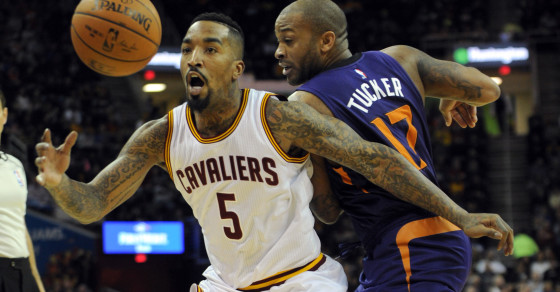 Cavaliers shooting guard JR Smith has been unusually quiet on social media since losing the NBA championship, but that hasn't stopped fans from having a laugh at his expense 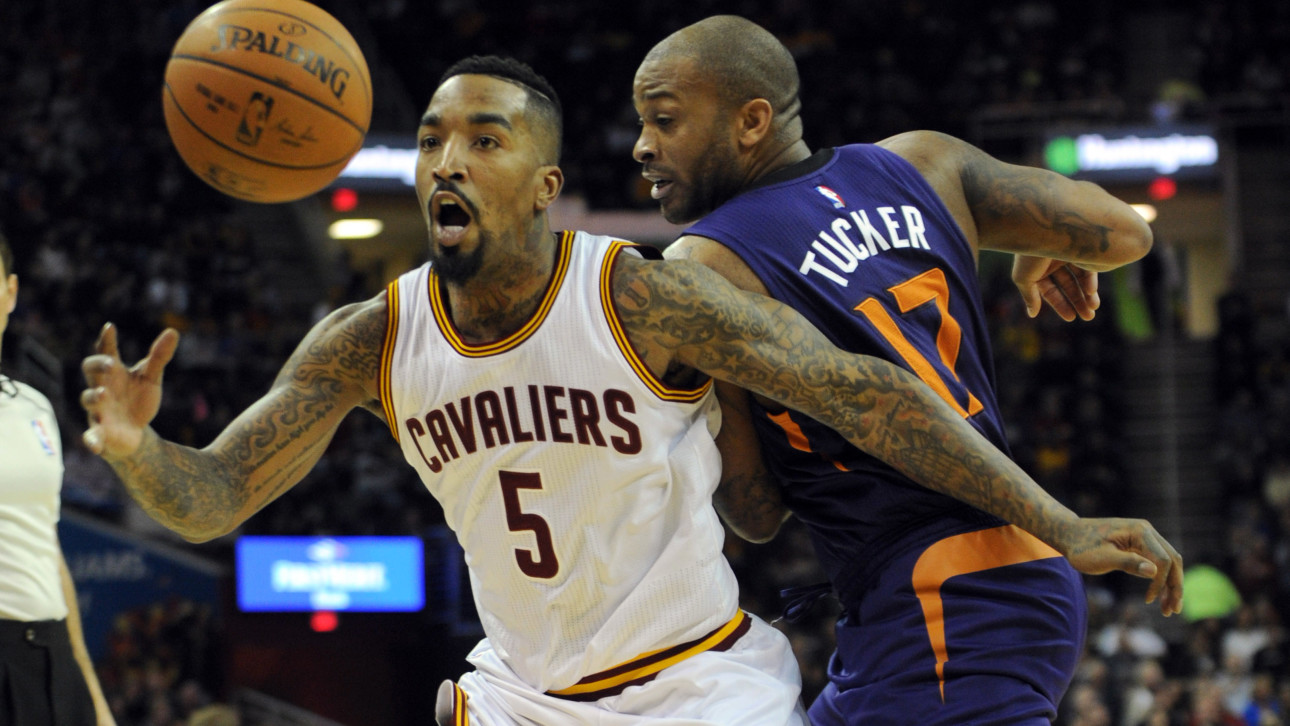 The normally effusive J.R. Smith was noticeably quiet on social media Wednesday morning after losing the NBA championship game against the Golden State Warriors—but that hasn’t stopped basketball fans from having a huge laugh at his expense with witty one liners and hilarious memes.

The Cavaliers shooting guard disappointed all of Cleveland last night, as he has done for much of the finals. Smith maintained a paltry 31.2 percent shooting record throughout, and many observers felt he only put in serious effort in the final minutes of game six.

Given Smith’s history of hard partying, loudmouth quips on social and ridiculous antics—including leaving Quicken Loans Arena on a PhunkeeDuck hands-free scooter—fans had plenty of material to work with. Vocativ compiled the biggest memes and most shared jokes circulating social media. Smith, for his part, hasn’t been seen on social since he posted a photo of himself before losing the game.

JR Smith is the relative that comes late to Thanksgiving dinner when you are trying to go to bed & starts heating up food to eat.

Jr Smith just hit his first basketball shot of the night! Not to be confused with the 7 shots of Hennessy he took earlier tonight.

Comment from discussion [Post Game Thread] The Golden State Warriors defeat the Cleveland Cavaliers, 105-97. The Warriors are your 2014-2015 NBA champions after dispatching the Cavaliers in 6 games..

When JR Smith gets in the locker room pic.twitter.com/QQVbZAwaUG

Comment from discussion [Post Game Thread] The Golden State Warriors defeat the Cleveland Cavaliers, 105-97. The Warriors are your 2014-2015 NBA champions after dispatching the Cavaliers in 6 games..

Poor J.R. Smith had to take the long roll of shame after losing the NBA Finals. https://t.co/gGBFgYAbsg pic.twitter.com/08XgvIYj1k