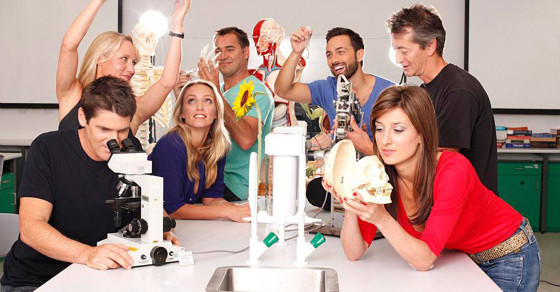 Bad Medical Journalism On Statins May Have Killed Thousands
By Joshua A. Krisch

Bad Medical Journalism On Statins May Have Killed Thousands

An ABC report on the dangers of statins led tens of thousands of Australians to stop taking the potentially life-saving drugs, a new study finds

Their cause of death? Two episodes of the Australian Broadcasting Company’s Catalyst program, which encouraged viewers to abandon statins, medications proven to lower cholesterol and fight heart disease. Although the network has since retracted those episodes for ethical reasons, the shows seem to have convinced over 60,000 Australians to stop filling their statin prescriptions, with potentially life-threatening consequences for thousands suffering from cardiovascular disease.

More The Science Is Shaky When It Comes To Medical Marijuana
​

This isn’t the first time media hype has endangered public health by giving junk science attention it didn’t deserve. Some of the blame for the anti-vaccine movement can be given to reporters who on seized Andrew Wakefield’s infamous vaccine-autism study without due skepticism. And let us not forget Dr. Oz’s green coffee beans, and Sanjay Gupta’s cherrypicked medical marijuana studies. But the Catalyst debacle is unique in that we now actually have data on exactly how many people may have been harmed by bad research and shoddy journalism.

Catalyst’s episodes on statins, which aired as a two-part series in October 2013, described the drugs as “toxic” and denied the well-established link between heart disease and high cholesterol. Since then, a team of scientists from the University of Sydney has been tallying up the damage. By comparing rates of prescriptions filled before and after the show aired, the researchers found that an additional 60,897 Australians failed to fill their statin prescriptions in eight months immediately following those episodes.

And that’s unfortunate, because statins save lives. Sure, scientists have debated whether statins are right for everyone, and even cautioned that they are probably not appropriate for healthy people looking to pop preventative pills. But for people living with cardiovascular disease, statins are often the difference between life and death. As the study notes, “If patients continue to avoid statins over the next five years, this could result in between 1,522 and 2,900 preventable, and potentially fatal, heart attacks and strokes.”

It’s a stark reminder to medical journalists, armchair scientists and regular consumers of news: be skeptical. Lives could depend on it.

No 1 message: Do not stop medication or ignore cholesterol levels because of #Catalyst program. See your GP