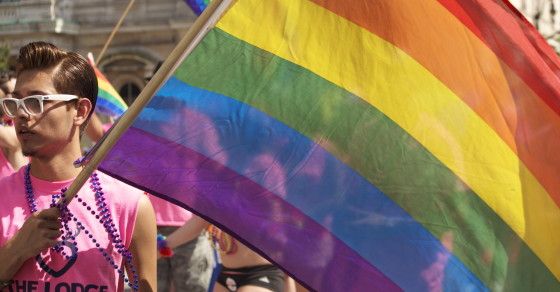 Anti-Gay Hate Crimes Are Down — Or Are They?
By Tracy Clark-Flory

Anti-Gay Hate Crimes Are Down — Or Are They?

A new report finds a decrease in anti-LGBTQ violence, but that's not the whole story

The National Coalition of Anti-Violence Programs on Tuesday released a report on hate crimes that seems at first to deliver some good news: a stunning 32 percent decrease in anti-LGBTQ violence. But not so fast! The drop is thought to be a result of a decline in the reporting of crimes, as opposed to the crimes themselves.

The report, which draws on data collected by more than a dozen anti-violence organizations across the country, found that the total number of LGBTQ hate crimes declined from 2,001 in 2013 to 1,359 in 2014. If these numbers seem exceedingly small, it’s because they are: The report considers hate crime numbers from only 14 states.

The NVAP speculates that fewer high-profile hate crimes in 2014 might have led to lesser public awareness about reporting. “This decrease should not be an indication that anti-LGBTQ hate violence is declining,” said Chai Jindasurat of the NCAVP. “In fact it should be call to action for policymakers, funders, and service providers to increase funding, legislation, public awareness and outreach that encourages reporting of hate violence incidents and promotes safety for LGBTQ and HIV-affected communities.”

While the reported number of hate crimes went down in 2014, the number of anti-LGBTQ homicides actually increased by 11 percent. Half of these homicide victims were transgender women of color. In a press release, Christopher Argyros of the Los Angeles LGBT Center, which contributed to the report, said, “Their lives deserve national action to end hate violence.”