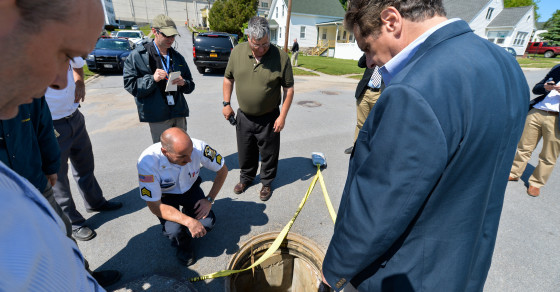 Prison Escapes Have Plummeted In The Past 20 Years

The manhunt for two convicted murderers from a New York state prison has brought the issue of prison escapes to light, but they are less common than they used to be

The number of prison inmates that go AWOL or escape has sharply declined in the past 20 years, according to the Bureau of Justice Statistics. There were 10,874 escapees in 1995 and just 2,001 in 2013, the latest year for which data was available. That means the number of escapees in 2013 was around one fifth of what it was in the mid-90s.

The decline in prison breaks contrasts with the growing attention the manhunt for two convicts who escaped from a maximum-security prison is getting around the world.  New York Governor Andrew Cuomo said investigators believed the two convicted murderers used power tools to break out of their cells and crawled through a maze of pipe before emerging from a manhole outside the maximum-security prison in upstate New York. The elaborate break-out has earned comparisons to the movie “Shawshank Redemption.”

Several prison security guards told Vocativ it was easy for contractors or employees of the prison to sneak contraband such as power tools into a maximum security prison and pass them along to the prisoners. But this graphic by Dadaviz tells a different story of tightening security restrictions in state prisons since 1995.