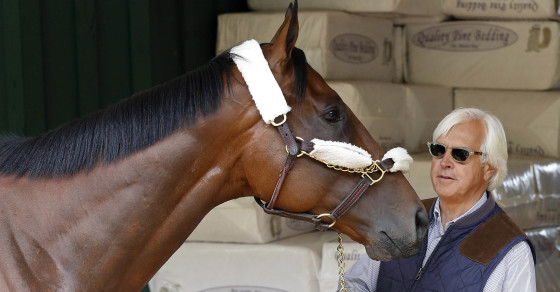 An analysis of one of the major semen sellers shows an average price of $873 per dose, with the most expensive horse semen costing $6,500

Horse racing and breeding has always been a pastime of the wealthy, but American Pharoah’s Triple Crown win highlights the ridiculous sums people are willing to pay to have a champion mount their mares.

Frozen horse semen, however, is a low budget option for breeders who don’t have hundreds of thousands of dollars to mate their mares with a champion stallion. The freezing process and artificial insemination means that fertility rates are lower, but a single dose can still cost several thousand dollars, depending on the horse, of course. An analysis of one of the major semen sellers, with hundreds of horses on file, shows an average price of $873 per dose, with the most expensive horse semen costing $6,500.

American Pharoah has already earned his owners an impressive $4.1 million in 2015, but the real money may only come in the next five years, when the horse is put out to stud. Some breeders are willing to pay a king’s ransom for some of that Triple Crown glory. The North American record holder is Tapit, whose fee came out to $300,000.

Some of the other factors that come into play when discussing price include lineage, race record, and average winning distance. An intimate moment with American Pharoah’s father, Pioneer of the Nile, will set a breeder back approximately $60,000. Initial estimates suggest that American Pharoah may one day be worth up to $100 million to his owner, thanks to his Triple Crown title.