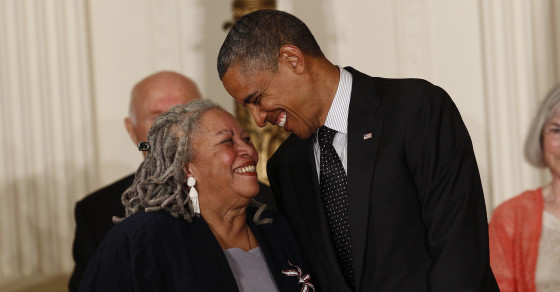 And when they do, they're writing from the point of view of a male character

The Pulitzer Prize epitomizes this trend. Out of the past 15 years of Pulitzer prize winners, zero were written from the point of view of a main female character. Commenting on this, Griffith wrote, “Women aren’t interesting, this result says. Women don’t count.”

Only one prize really shone as bucking the trend: The Newbery Medal for American literature for children had more winners written by women from a woman’s perspective than any other award.

In its newly released 2014 report, VIDA, an independent organization for women in literature, counted female authors in prominent literary and poetry magazines and found a sharp decline in female authors in the publications in studied, from 51 percent to 40 percent, from 2013 to 2014.

The Nation, Harper’s, the New York Review of Books and the London Review of Books were among those publications which did not give female authors nearly as many pages as men. On the other end of the spectrum, publications closer to parity were the literary magazines Granta and Tin House.