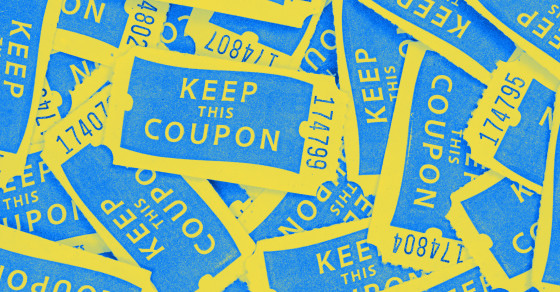 The Most Boring Silk Road Story Ever Told
By James King

The Most Boring Silk Road Story Ever Told

Silk Road founder Ross Ulbricht and the Dark Net drug market’s top seller, Cornelis Jan Slomp, aren’t the only ones feeling the fallout from the site’s 2013 dismantling this week; as Ulbricht and Slomp learned their fates in federal courtrooms—life and 10 years in prison, respectively—a Louisiana man was arrested for his own alleged illicit scam carried out over Ulbrich’s once-profitable online marketplace, and it’s the most boring Silk Road story ever told.

Beau Wattigney’s alleged crimes aren’t nearly as glamorous as those of Ulbricht and Slomp—he’s not an international drug kingpin who made millions of dollars and traveled the world in Lamborghinis. According to a federal indictment, Wattigney sold what is perhaps one of the least illegal things exchanged on Silk Road: counterfeit coupons.

Federal authorities say Wattigney designed print-at-home manufacturers’ coupons that he sold in bundles for about $50. “The coupons included counterfeit trademarks for many prominent coupon distribution services, including Hopster, Coupons.com, SmartSource and RedPlum,” according to the federal indictment.

During Silk Road’s two-year run, about $220 million worth of merchandise was exchanged, and the vast majority of the sales were drugs like heroin, cocaine, ecstasy and marijuana. Slomp, who went by the online name “SuperTrips,” made $170 million in bitcoin from his drug sales, which primarily were for drugs like ecstasy and cocaine. He was arrested in August of 2013 in Miami with $20,000 in cash as he was about to drive a rented Lamborghini to hit the city’s club scene.