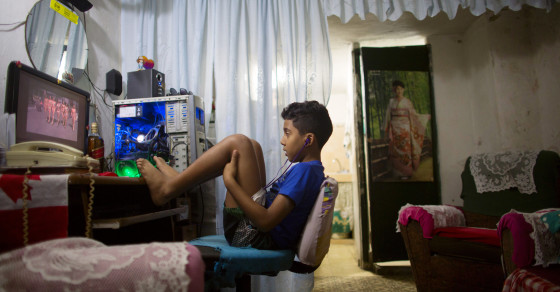 You probably know that streaming sites like Netflix and Hulu are taking traffic away from file-sharing sites like BitTorrent and Dropbox. But you may not know how fast one is lapping the other.

Vocativ compiled data from 2009 to 2015, and found that the percentage share of traffic in North America to real-time entertainment services during peak after-dinner hours more than doubled–to 64.54 percent. Meanwhile, the percentage of file-sharing services’ traffic plummeted from 15.1 percent of total traffic in 2009 to 5 percent in 2015. The data was from Sandvine, a company that manages Internet bandwidth.

Instead of opting to download seasons of their favorite shows, people in North America are paying for monthly subscriptions to services like Netflix in order to stream their shows live, Sandvine reported, especially between 7 p.m. and 10 p.m., which Sandvine said are “traffic peak hours.”