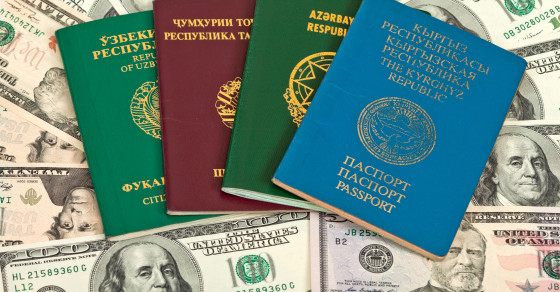 U.S. companies pay thousands of dollars to bring in foreign workers through high-skilled H1B visas, but what are these workers worth once they arrive on U.S. soil? Turns out, there’s a pretty wide range: LinkedIn pays  its newly minted H1B workers an average of about $140,000, while Apple ($134,000) and eBay ($122,000) are right up there too. But some of the companies that sponsor the most H1B workers typically don’t cross into the six figures  — like IBM, at about $87,000, and Accenture at $76,000

As Vocativ reported last month, foreign workers who specialize in engineering and computer programing are in high demand. In 2011, it took 301 days for requests for H1B visas to exceed the supply—this year it took less than a week. H1B visa applications have doubled in the last two years. The U.S. Citizenship and Immigration Services (USCIS) said in April that 233,000 foreigners had applied for H1B visas, which allow non-immigrants to live and work in the U.S. for three years before receiving a chance at renewal of up to three more years. Since only 85,000 H1B visas are granted (with 20,000 of those reserved for people with advanced U.S. degrees), the USCIS chose recipients through a computer lottery.

These companies, drawn from the 100 that sponsor the most H1B visas, pay the highest salaries, according to public database MyVisaJobs.