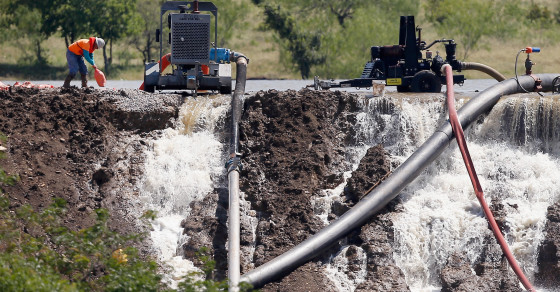 There are only seven engineers to inspect Texas' 7,126 dams, about 1,050 of which are in "high hazard" condition. 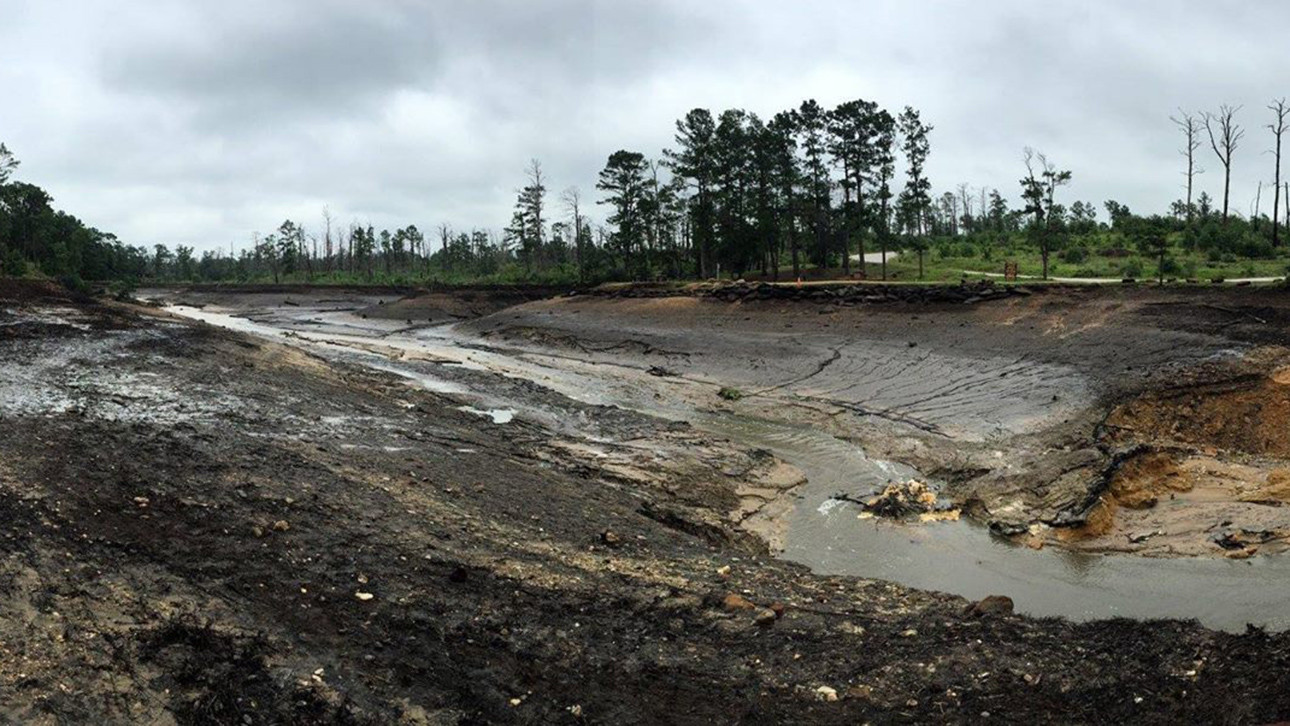 Bastrop State Park, The dam failed and the lake has mostly emptied. — Texas Parks and Wildlife
By James King
May 27, 2015 at 6:09 PM ET

Texas has a big dam problem. And it was worsened by the storms that swept through the state this week when intense flooding caused a dam to break. The catastrophe underscored the need for engineers to inspect the more than 1,000 dams that are in desperate need of repair.

A dam in Texas burst on Monday after storms flooded communities throughout the central part of the state. On Wednesday, officials feared the storms—which have already have claimed 19 lives—would cause another dam to break.

About 1,050 of Texas’ 7,126 non-federal dams—the most in any state in the U.S.—are in “high hazard” condition, which means there is a “probable loss of life” if the dam were to burst or if it was not properly operated, according to a 2013 Infrastructure Report Card by the American Society of Civil Engineers. Texas in 2009 had just seven engineers and a budget of $435,000 to inspect these dams.

The Texas State Legislature in 2014 broadened a law that exempted a number of privately owned dams from state safety inspections. Under the law, dams that contain less than 163 million gallons of water now get a pass.

“It’s a time bomb,” dam expert Charles Thompson told the Wall Street Journal when the law was expanded. “These dams degrade in safety slowly, and then it’s sort of a waiting game for, ‘When will our flood occur?'”

Texas isn’t the only state with dam problems. According to the Federal Emergency Management Agency, as dams across the country continue to age, the number of deficient dams has grown significantly over the last two decades. A 2009 report by the agency found that there are about 14,000 dams that are classified as “high hazard potential.” Repairing the deficient dams would cost more than $50 billion. To only repair the dams that are all ready “high hazard” would cost $16 billion.