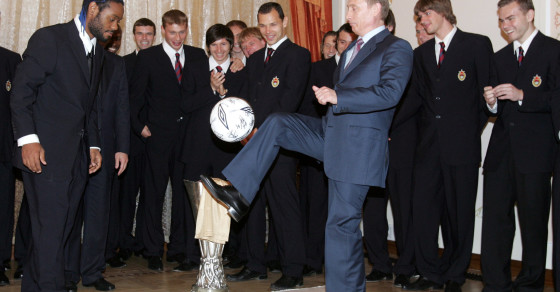 FIFA officials insist that Russia and Qatar will still hold the next two World Cups, despite new allegations that executives for the powerful soccer association received bribes in exchange for granting hosting rights to those countries.

But that hasn’t stopped bookmakers from speculating about which nations could nab the tournament rights if an investigation into FIFA turns up more dirt on the bidding process. Irish bookmaker Paddy Power made England the 11/10 favorite to host the 2018 World Cup, should Russia lose the right to do so. Spain and Portugal come in second place with 5/4 odds, followed by the Netherlands and Belgium, which are both 9/2 favorites.

The field of potential replacements widens beyond Europe for the 2022 World Cup. Should Qatar lose its hosting rights, the United States is the 5/4 favorite to take over the tournament, according to Paddy Power. Other top contenders include Australia (7/4), South Korea (11/2) and Japan (13/2). The bookmaker is also placing on odds on who the next FIFA president will be and how many of soccer executives arrested on Tuesday will go to jail.

British gaming company Ladbrokes also made the U.S. and Australia the odds-on favorites to replace Qatar in 2022, The Independent reported. Currently, however, the bookmaker still gives Qatar 1/6 odds of holding on to the hosting rights.