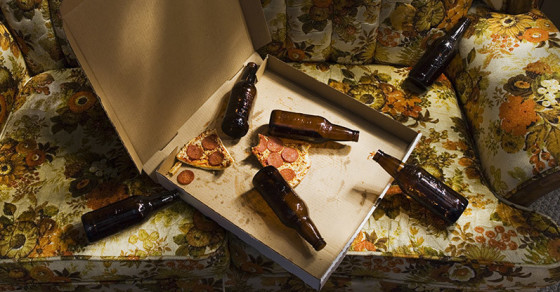 A forensic scientist says the perpetrator of the brutal Washington, D.C. , murders may as well have left his driver's license at the scene

If you’re a criminal, leaving a half-eaten pizza crust at the scene of a crime is about as stupid as leaving your driver’s license, an astounded DNA expert told Vocativ on Thursday.

Lawrence Kobilinksy says he was dumbstruck to learn that Daron Dylon Wint—who is now suspected in the brutal murder of Savvas Savopoulos, his wife, young son and housekeeper—allegedly ditched some leftover Domino’s pizza inside the family’s posh D.C. home before setting it ablaze last week.

“It’s not terribly uncommon for burglars to leave behind their calling cards in the form of blood, smashed broken glass or tools used to break into a home,” says Kobilinsky, a professor of forensic science at John Jay College of Criminal Justice in New York. “Sometimes they’ll be so foolish as to leave a fingerprint behind.”

But a gnawed-on piece of crust from a pizza ordered to the victim’s home? “It’s without a doubt one of the stupidest things I’ve ever heard,” says Kobiliinsky, who has worked on countless murder, rape and burglary cases.

For one thing, it’s easier to derive DNA from saliva than from blood. “You’re constantly shedding cheek cells into your saliva,” he says. “It’s one of the best samples to work with.”

Investigators will first swab or scrape the piece of saliva-soaked evidence. Later, they are able to extract the DNA through boiling the sample in a Chelex resin and using a centrifuge. Once a genetic profile is derived, they can then run it through a DNA database.

“It’s a very simple procedure,” says Kobilinsky. “And these perps were simply amateurs.”