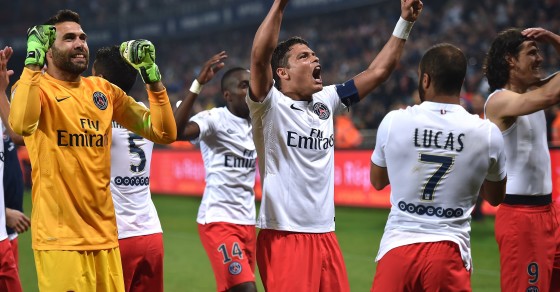 The average annual salary of a soccer player at four European clubs is more than any sportsperson earns at the top teams in America, according to a new analysis of professional sports salaries

The average annual salary of a professional soccer player at four European clubs is more than any sportsperson earns at the top teams in America, according to a new survey by ESPN. Soccer players for Paris Saint-Germain command the highest salary of any professional sports team in the world, with the average annual salary a staggering $9.1 million per player at the Ligue 1 club. That’s followed by the salaries of Real Madrid, Manchester City and Barcelona soccer clubs, where players earn more than $8 million per year on average. The Paris soccer team also has the world’s second largest payroll of professional sports teams at $227.1 million.

In the United States, the Los Angeles Dodgers have the highest average player salaries of American professional sports teams, but come in at fifth spot in the world rankings. Players on the L.A. baseball team rake in an average of $8 million annually. But the Dodgers do have the largest payroll of any team in the world at a total of $272.8 million. The only other U.S. team to crack the top ten in terms of average player salaries is the New York Yankees. The Boston Red Socks make it in terms of total payroll at ninth place.

With an average player salary of $6.2 million, the Brooklyn Nets came in at 11th. Across the NBA, players are paid more than in any other American professional sports league. The average player salary in the NBA is $4.2 million across all teams. The Miami Dolphins are the highest paid NFL team on average at $2.3 million per player annually, only stealing the 124th spot on the list.

It is important to note, however, that the numbers represent average salaries. Countless players on these teams make way more than the average—which of course means that there are also players who make much less. Take for instance, Clayton Kershaw. The L.A. Dodgers pitcher makes a staggering $31 million a year, far outstripping the team average of $8 million. Similarly, Deron Williams on the Brooklyn Nets makes $22.3 million per year, well over three times the average salary of his team. 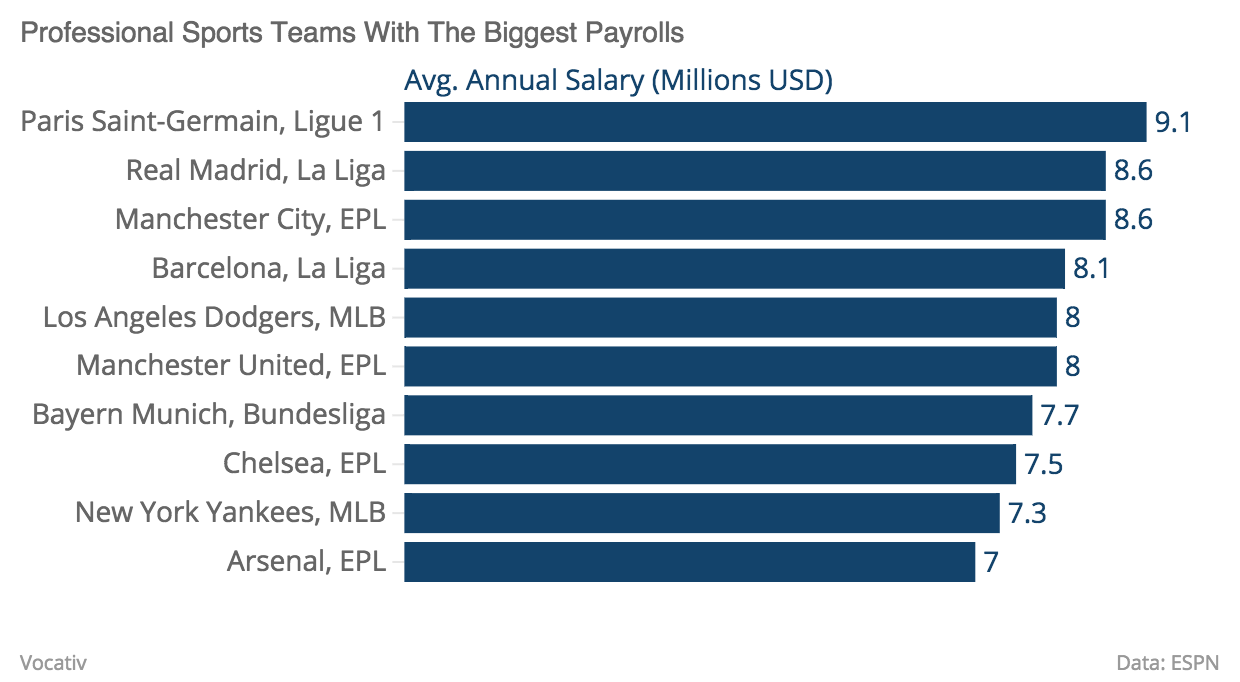 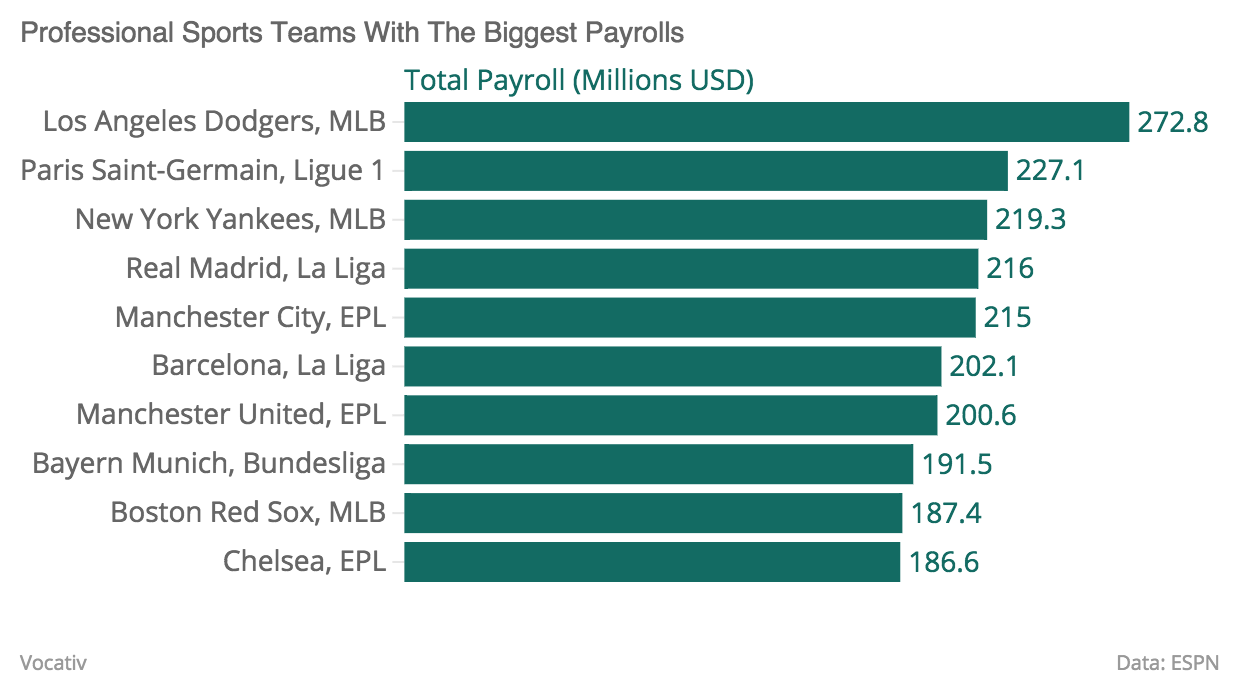