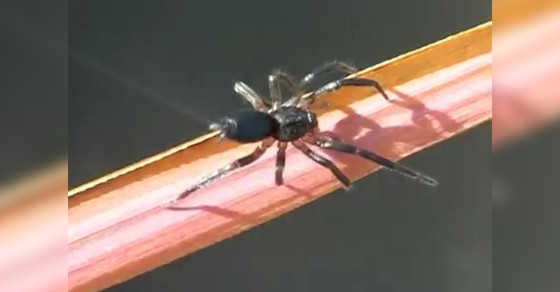 It’s Raining Spiders In Australia. Here’s Why.
By Joshua A. Krisch

Spider rain happens more than you think. They're all just waiting for the weather to clear.

Torrents of tiny spiders are falling out of the sky in Australia. Sure, that may sound like a post-apocalyptic weather pattern, but this phenomenon is actually relatively common—scientists confirmed similar batches of so-called “spider rains” in Brazil, Australia and Texas, as recently as 2013.

Many spiders species can shoot out silk parachutes and ride along wind currents toward new breeding grounds, according to a 2001 paper published in the Journal of Arachnology. But when several consecutive days of bad weather threaten arachnid travel season, thousands of spiders lay in wait and take flight together as soon as conditions improve. The result is a spider rain, complete with silky webs enveloping houses and cars, and arachnophobes freaking out.

Here’s some of the most incredible footage from Australia’s recent spider rain: