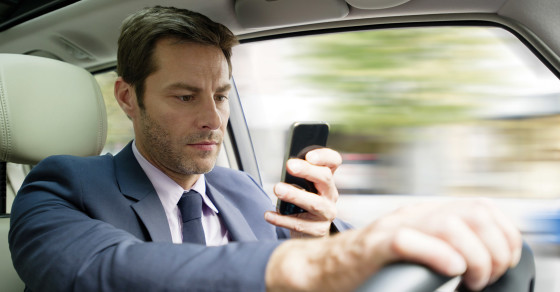 Smartphone Use In The Car Now Includes Social Media, Selfies
By Sarah Kaufman

Smartphone Use In The Car Now Includes Social Media, Selfies

The reasons? "Addiction" and a feeling of invincibility

Smartphone use in the car now encompasses more than just texting. Nearly four in 10 use some kind of social media while in a moving vehicle, according to a new AT&T survey. More than a quarter of people surveyed say they use Facebook, while one-in-seven say they use Twitter while driving.

Approximately 70 percent of people use their smartphone while they’re driving, the survey said.

The data on smartphone use and car accidents is still murky, but experts agree multitasking greatly increases the chances of an accident. So why do people still do it? The survey points to two reasons: technology addiction and a feeling of invincibility. Over one-in-five said they felt addicted to their smartphone, and over a quarter said they thought they could shoot a video safely while driving.

What People Do Behind The Wheel |

The Light Phone Is The Anti-Smartphone (Tech Crunch)