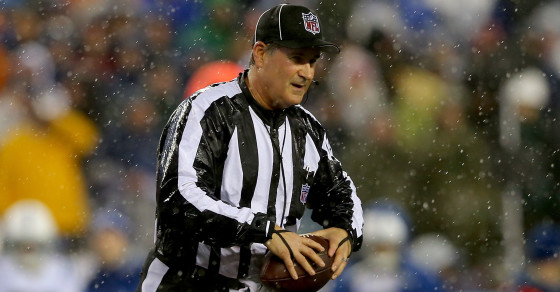 After a four-month investigation, The National Football League released its report Wednesday into whether the New England Patriots intentionally deflated footballs during this year’s NFL playoffs, in the scandal commonly known as “Deflategate.” That’s roughly how long the league spent looking into the 2014 domestic-violence case involving former Baltimore Ravens running back Ray Rice, who punched his wife in the face at an Atlantic City casino. It’s also about the amount of time investigators took to get to the bottom of allegations of widespread bullying by ex Miami Dolphins players in 2013.

To determine whether the Patriots had intentionally deflated footballs in their January playoff game against the Indianapolis Colts, Wells commissioned five physicists to analyze things like weather and internal temperature data taken the day of the game. He also interviewed 67 people, before determining that there’s a good chance that Patriots quarterback Tom Brady probably knew the balls had been deflated by someone on the Patriots staff. (Brady is on record as saying that he prefers footballs that are less inflated because they’re easier to grip.)