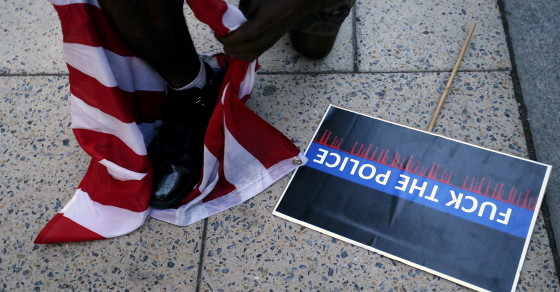 A hashtag in support of Eric Sheppard, who protested racism in America by stomping on the flag, has been hijacked by the ultra patriotic 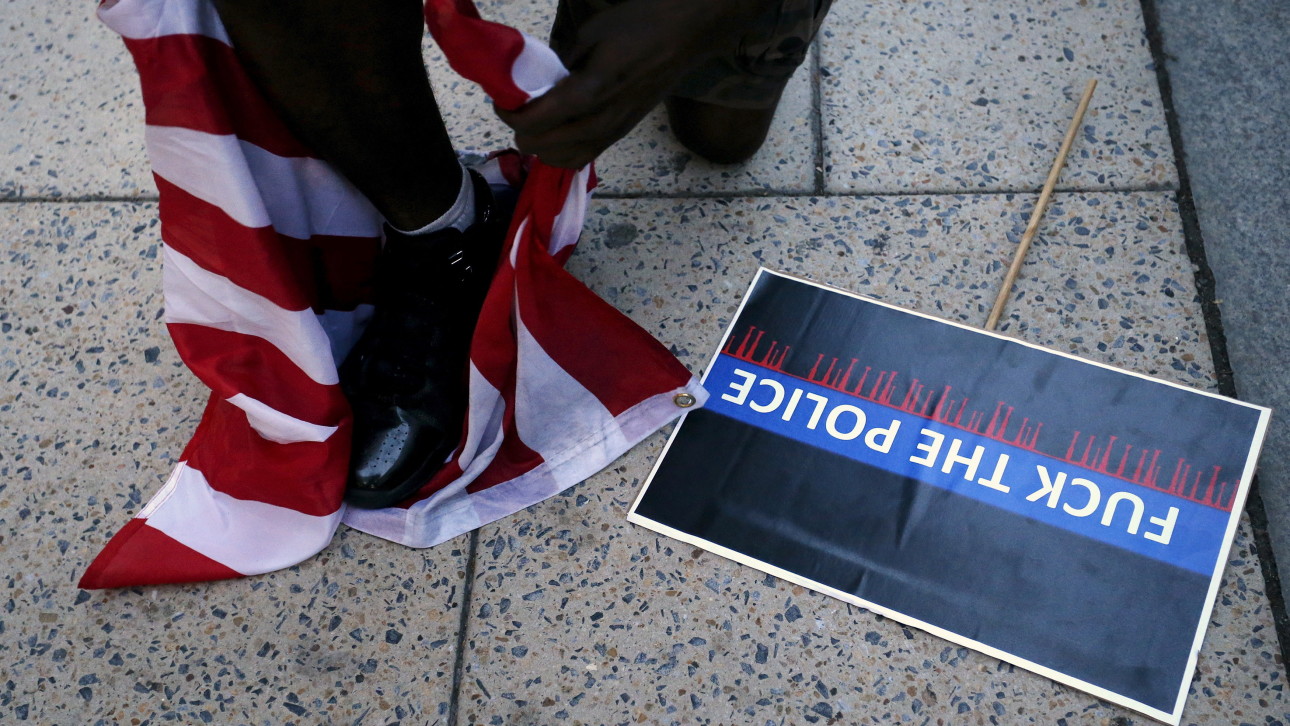 A hashtag meant to protest racism in America through stomping on the American flag has been hijacked by patriots, who are shaming the stompers for being anti-American.

The hashtag, #EricSheppardChallenge, was posted more than 6,200 times since student Eric Sheppard led an anti-flag protest on Valdosta State University campus in Georgia almost two weeks ago. On April 21, Sheppard was seen stomping on an American flag during the student protest, before Air Force Veteran Michelle Manhart grabbed it off the floor.

On Tuesday, police found a gun in an abandoned backpack they believe belonged to Sheppard, and he has been on the run ever since. It is a felony to bring weapons to a school safety zone. Authorities say the FBI is also investigating Sheppard for making terrorist threats on social media, WCTV reported.

Hundreds of people, including celebrities like rapper Lil Wayne, are posting #EricSheppardChallenge videos on social media, in which they film themselves mimicking Sheppard’s actions. They did it, for the most part, in protest of police brutality and racism in the country. However, these videos have ignited a firestorm of ultra-patriotic response tweets and Instagrams, berating those who they deemed desecrated the flag. Many of these tweets have racist undertones, or even blatant racism, within them.

Erica Walker posted a video of herself, via Facebook and Instagram, stomping on the American flag. She writes in the caption: “You have given us NO justice so we shall give you NO peace.” Two days later, she said she was receiving multiple death threats.

I wonder if anyone who posted death threats will be charged with attempted murder... or conspiracy to commit murder... If I come up missing, there sure will be a lot of suspects. IJS

Other posts in support of Sheppard:

Peace God!! When I see you, the courage and strength you have while being labeled everything but what you are which is a Hero..I see so many of our great leaders like Fred , Assata , Stokely , Malcolm, Marcus, and more. I salute your soul and I know that the Gods will continue to protect you. Peace&Love Warrior @kovenregime I hope you see this to keep you encouraged. #HandsOffEJ #EricSheppardChallenge

Posts speaking out against Sheppard:

I can not even begin to put into words how irate this makes me! If you don't like America then leave! Good luck finding another country that won't kill you for acts of ignorance and disrespect like this. Nobody is keeping you here so just get the hell out. Don't disrespect my country and the people who have sacrificed their lives and the people who risk their lives every day for you to act like a compete bafoon! And yes, I know this is lil wayne and it still blows my mind that this is justification for acting like an idiot. #ericsheppardchallenge #respect #america

This is my reply to the #EricSheppardChallenge... dont like the flag thats fine... dont make me a racist it makes me proud... proud that evem though my heritage is stereotyped just like this flag, i still take pride in it so fuck you!!

No one is forcin' you to be here. If you support the #EricSheppardChallenge then leave the USA. Love the Stars. Respect the Stripes. Merica.

If you participate in the #EricSheppardChallenge you should also try the #LeaveAmericaChallenge. Respect the flag or get out.

So now y'all are doing this #EricSheppardChallenge and jumping on the American Flag but y'all will still go and collect food stamps. ☕

“So my challenge to those people who are willing to do the Eric Sheppard challenge is get out. Leave the United States. Because honestly, we don’t really want you here.”