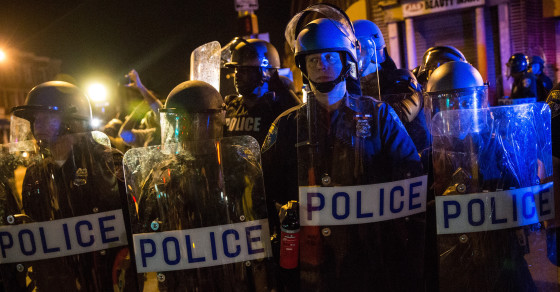 GoFundMe page for the police officers charged in the death of Freddie Gray raised $1,135 before it was mysteriously taken down

The Baltimore City Fraternal Order of Police created a GoFundMe page for the six officers who were charged Friday in the death of Freddie Gray—but it lasted for less than an hour before being removed from the site.

The Fraternal Order of Police, a union representing Baltimore City police officers, set a fundraising goal of $600,000 to pay for the living expenses of the six officers, who were placed on unpaid suspension after they were charged in Gray’s death. In 41 minutes, the page raised $1,135.

It’s unclear whether GoFundMe deleted the fundraiser set up for the six officers, but the FOP posted on its Facebook page, “Apparently our GoFundMe account has been suspended with no explanation. We are working to find a new site for donations. Thank you!”

Vocativ previously revealed that GoFundMe has an interesting criteria for what types of causes it allows to raise money on its site. “‘Campaigns in defense of formal charges of heinous crimes’” are prohibited by our terms,” a spokeswoman said for that article. Asked to comment on the removal of this campaign, a spokeswoman told Vocativ, “GoFundMe cannot be used to benefit those who are charged with serious violations of the law.”