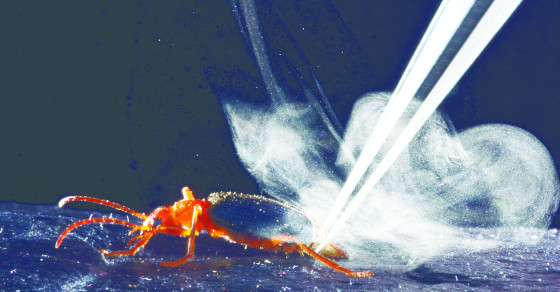 Bombardier Beetles Shoot Searing Toxins At Their Enemies
By Joshua A. Krisch 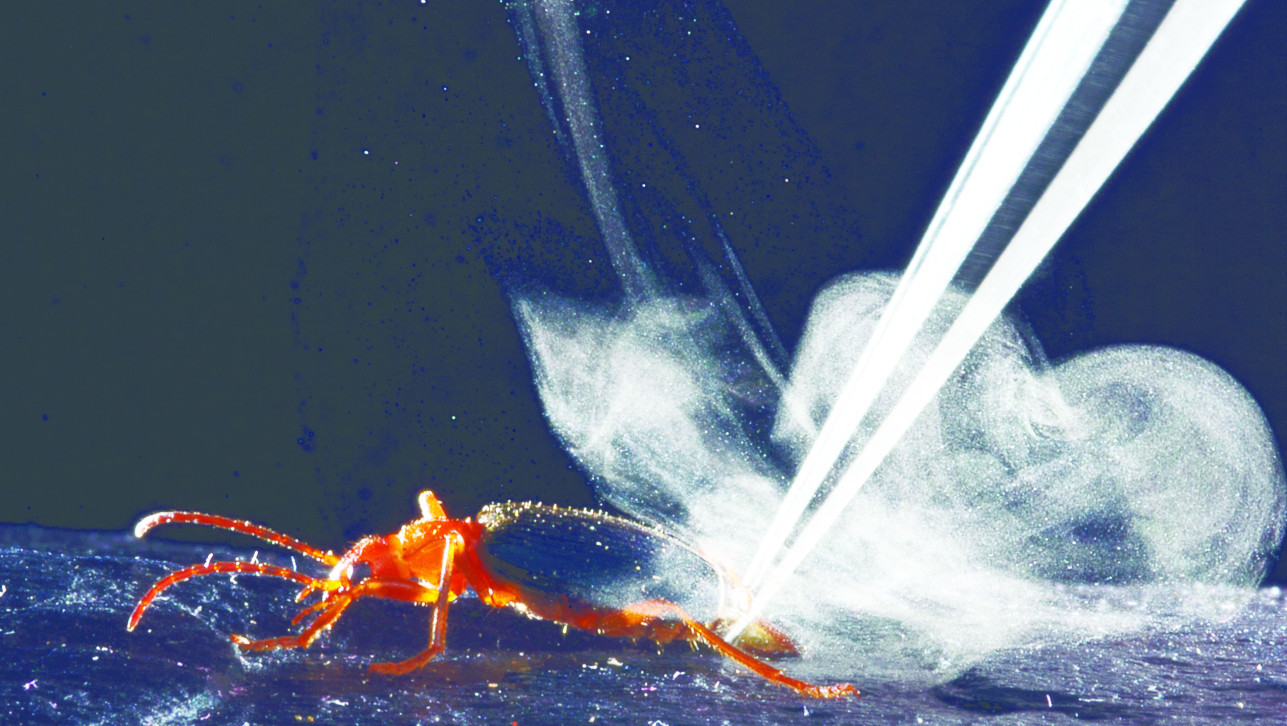 Plenty of animals spray noxious chemicals at predators, but the bombardier beetle’s biologic weaponry—consecutive, searing, toxic smoke bombs—gives skunks, poison-dart frogs and even spitting cobras a run for their money. And now thanks to high-speed x-ray imaging, scientists finally know how it works.

In a new study published in the journal Science, researchers recorded live bombardier beetles at 2,000 frames per second. When under attack, the bombardier beetle synthesizes, heats and then blasts boiling toxins at predators, with pinpoint accuracy. The x-ray video reveals that the noxious vapor travels from one chamber into a separate reaction chamber, where it mixes with enzymes that set off a heated explosion. During the detonation, the valve separating these two chambers slams shut, resulting in rapid-fire pulses of boiling poison. The process results in a toxic spray much hotter—and about five times faster—than that of similarly poisonous insects.

More Photos: Cricket Fighting, The UFC Of The Insect World

The study finally solves a puzzle raised 25 years ago by a team of researchers who discovered that each beetle blast comprises several machine gun-style pulses. Since then, scientists have wondered precisely how the beetle produces these rapid-fire pulses, and what advantage that mechanism may have in self-defense.

Based on the new findings, the authors say, beetle biology could potentially influence how the military designs propulsion and blast-protection systems. For instance, the beetle’s reaction chamber has a rigid component to protect the beetle and maintain high temperatures and also a flexible component that allows the beetle to aim and recover quickly from each rapid-fire pulse.

Either way, one thing is certain—if the military does cast its lot with the bombardier beetle, we’ll likely live to see the only thing more terrifying than poisonous, exploding insects: Robotic bombardier beetles. We’re waiting, DARPA.