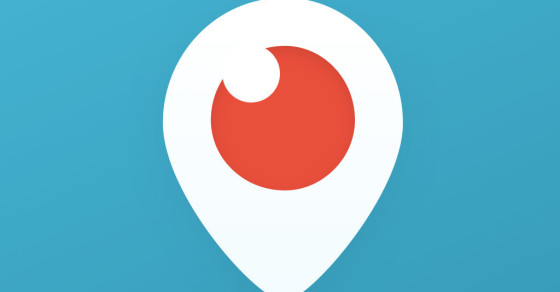 The live streaming app is outpacing direct competitor Meerkat, thanks to Twitter

The live streaming app Periscope reached one million users in a mere 10 days after its launch, thanks in part to a big push by its owner Twitter.

To put the app’s initial success into perspective, it took Facebook and Twitter 10 months and 24 months respectively, to hit the million mark. (Of course, to be fair, the two giants were launched at a time when social media was less embedded in our daily lives).

Twitter CEO Dick Costolo shared the adoption numbers for the app during an earnings call on Tuesday. Periscope’s user base has grown rapidly since its March 26 launch, outpacing its direct competitor Meerkat, which has reached 700,000 users seven weeks after launch. See the chart below to see how Periscope’s growth ranks compared to other sites. 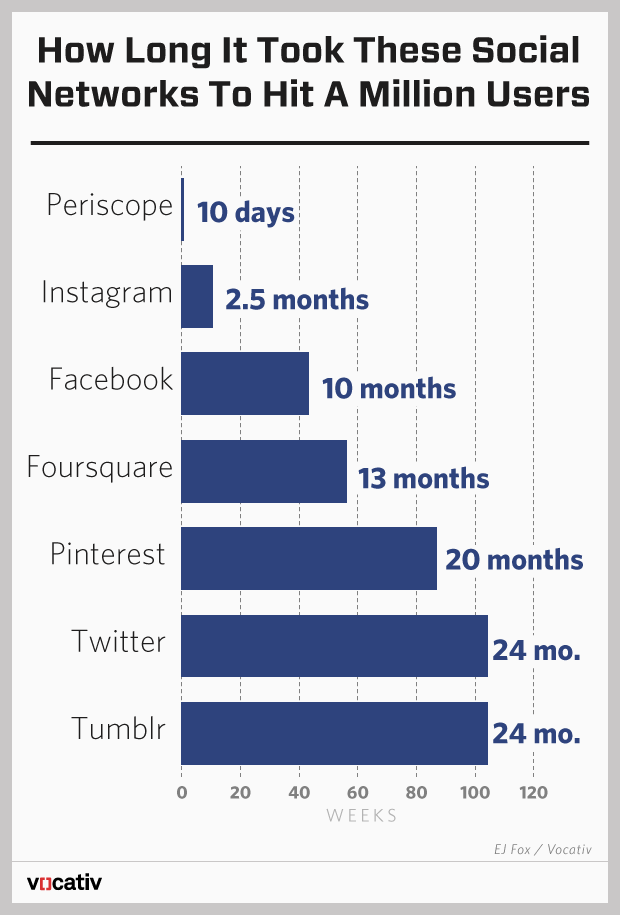