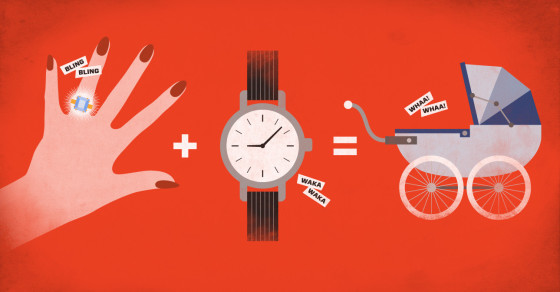 Couples in the U.S. get three years on average to themselves before the arrival of a baby after marriage. Find out where the wait is longest and shortest. 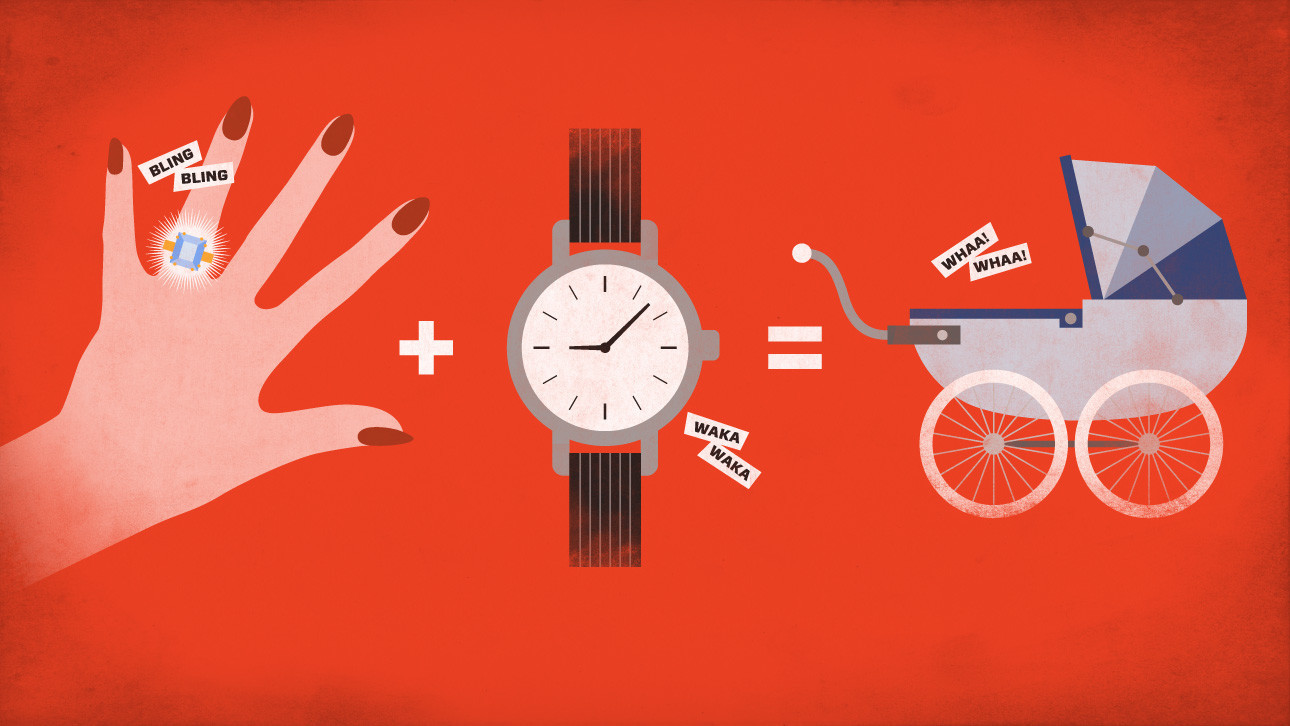 After Utah, the so-called “honeymoon period”—when couples are married but don’t have kids—is longest in Idaho, Washington, Minnesota, New Hampshire and Virginia, according to Census and Centers for Disease Control data.

But not all states have married couples waiting quite so long before they see the inside of a delivery room. Louisiana has shortest wait time after marriage with couples waiting just 1.9 years before they start popping out babies, followed by New York couples, who wait two years.

In Louisiana, women are on average 26.9 years old when they get married and 28.8 years old when they have a baby. In the Empire state, women give birth to their first child at 31 after getting married at 29. Mississippi, South Carolina, New Mexico, Rhode Island and West Virginia round out the top states with the shortest wait between marriage and having a baby. 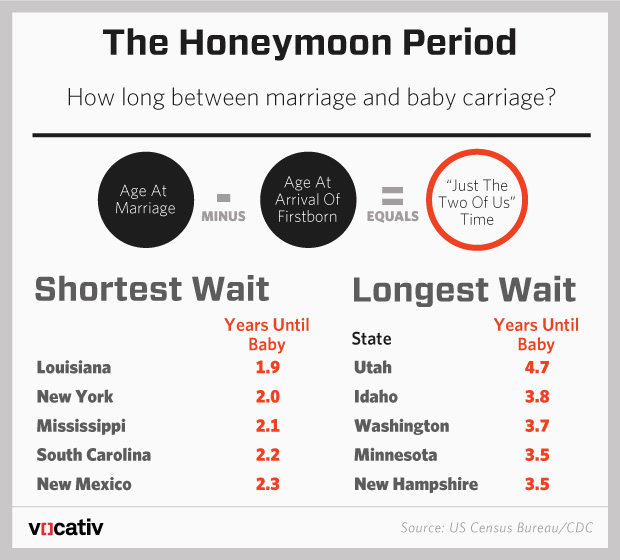