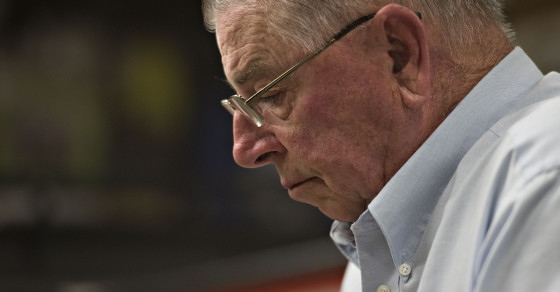 Henry Rayhons was charged with sexually abusing his wife, an Alzheimer's patient. We talked with a leading bioethicist about how to avoid these situations

The highly unusual case of Henry Rayhons, a former Iowa state legislator who was charged with sexually abusing his wife, an Alzheimer’s patient, has sparked a new discussion among bioethicists about questions of consent among couples where one person is losing their cognitive function.

Arthur Caplan, a leading bioethicist, says one way to address the issue is through a psychiatric living will. While they are normally created to express preferences on medical treatments, they can also be applied to sexual relations, he says. When a person is first diagnosed with Alzheimer’s or dementia, she can put together an advanced directive that, once she is no longer mentally able to provide proper consent, expresses her wishes with respect to sexual intimacy with her partner.

Rayhons, 78, who was fighting a felony charge that could have landed him in prison for up to 10 years, was acquitted on Wednesday. Staff at the nursing home where his wife was a resident said she did not have the cognitive capacity to consent to sex. Yet the couple, according to those who knew them, had a deeply loving relationship—they met in church, in 2007, after they were both widowed. According to Mr. Rayhons, who frequently visited his 78-year-old wife, Donna Rayhons, she still initiated sexual contact.

“We don’t need to get into situations like this,” Caplan told Vocativ. “I obviously think what this guy faced was absurd and ridiculous.” Caplan says he has seen other situations in nursing homes where sex becomes an issue, though it’s usually handled by the families. “Sometimes children don’t want their parents having sex anymore,” he says. “And sometimes they think it’s harmful when it isn’t.”

In an Iowa Courtroom, an Astonishing Case of Sex and Alzheimer’s (The Washington Post)

Rayhons: “Truth finally came out” with Not Guilty Verdict (The Des Moines Register)